ITCH is a short horror film written and directed by Sean Patrick Kelly that I got involved with as co-producer and worked on as the director of photography and colorist. Horror is amongst my favorite genres, so when I first met Sean and found out more about the project and read the script I definitely wanted to get on board.

ITCH is a short film about a man with an uncontrollable itch who one night, goes through extreme measures to get rid of it once and for all.

The film opens with a satirical commercial where a hand model (played by Werner Artinger) uses “Scratch-Away” lotion relentlessly to sooth his itch and hopefully help sell the product to its viewers. It’s only then we realize our main character (played by Sean C Drwyer) is sitting on his couch late one night watching the commercial when his real problems begin and he eventually heads to the kitchen. 🙂

Discussing it with Sean (the writer/director not the actor as they are both named Sean) we really wanted to keep the film dark and moody looking to match the “late one night” aspect of the story. Since the commercial itself plays a big role in the film as we come out of the commercial and realize our main character is sitting on the couch watching it, from a lighting point of view I really wanted to capture that look of sitting in front of the TV almost like it was the only light source in the room.

What I did was come up with a way to introduce some very realistic TV flicker on the main character. The trick was actually quite simple and used a ARRI 300 watt fresnel bouncing into a very large silver reflector with CTB (a blue gel) dipping in and out of the light path at random by our wonderful script editor Natalia Lopez. In terms of the actual location, it was a basement apartment in Toronto which was for the most part was one big room measuring 20 x 50+ feet. For most DP’s having a large space interior to work with is a delight, as it not only allows space for placing of lights but also makes it easier to add depth to create separation between the main subject and background – much harder to do in small locations. We shot the film on my Sony F55 in 4K 16-bit RAW and I used the REC709(800) LUT for monitoring and setting exposure. For me REC709(800) gives an overall good idea of what’s being recorded in average ranges that I know will be good for me to have later on in post. I was using the native ISO of 1250 and I kept my skin between 40-50% IRE and whites between 80-90% IRE. My lighting kit on this film was a 2-bank Kino Flo and two ARRI 300w fresnels complimented by using the existing ceiling pot lights which were dimmable (thankfully).

After the shoot was finished I created proxies from the original RAW files using DaVinci Resolve (my tutorial on that here) and gave the files to the editor. I had applied a generic 3D LUT to the images so that the editor and director had something a bit more pleasing to work with before the film . 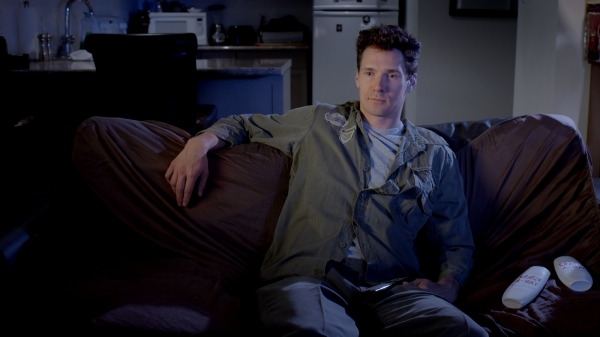 Once the edit was locked I imported an XML file (generated out of the NLE software) into DaVinci where I did a more thorough pass on the entire film. I scrapped the temporary 3D LUT I had used on the proxy files and ended up using a film emulation LUT as part of the pack from ImpulZ. With a few nodes I was able to dial in a look I really liked with plenty of contrast and shadows and tones shifted to muddy green hues. Because the first pass on the coloring was dramatically skewed, I had to do a secondary color pass on the actors skin tones to bring them back to something normal. DaVinci makes this relatively easy however.

Since I used a roundtrip workflow, new full high quality colored clips were rendered out of DaVinci and relinked in the NLE where the final film was rendered out to a video file. The film is now off to film festivals so wish us luck with our ITCH adventure!

Below are some frames from the final film: 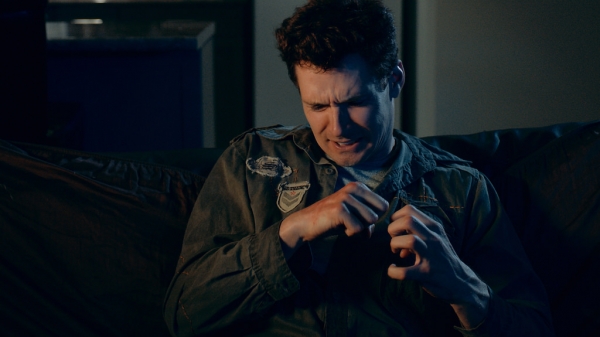 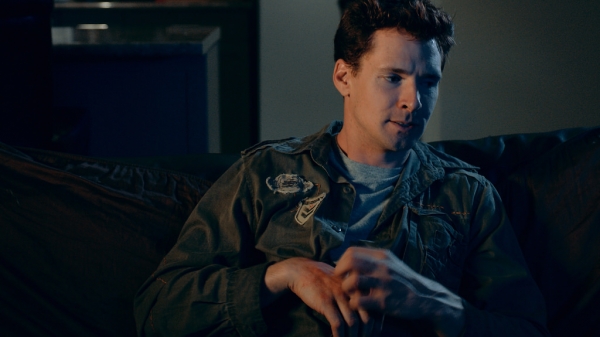 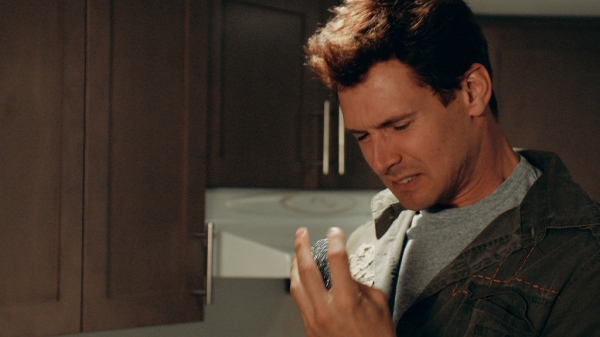