Home / Which Sony cameras make the cut for NetFlix

A chart floating around Facebook indicating camera requirements is making a bit of a buzz online, especially amongst Sony cinema camera owners since the PXW-FS7, PMW-F55 and F65 models are listed – but not the poor little brother (or sister) the PMW-F5! 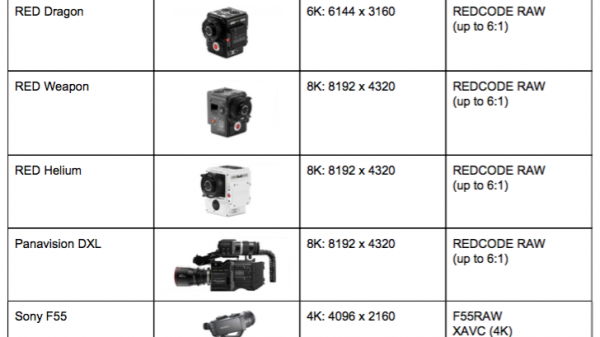 Naturally speculation ensued and in a nutshell the likely reasons the F5 is not listed could come down to a few very basic things:

So what’s the likely explanation for NetFlix excluding the PMW-F5? Honestly I think it just comes down to somewhat of an oversight by NetFlix by looking at “stock” camera specs. The PMW-F5 with AXS-R5 or AXS-R7 can easily record 4K in RAW and deliver in the log format and color space requirements if you actually read the specific requirements.

On the subject of Netflix requirements, here’s a link to the full requirements for both production and pre-production which are definitely worth reading and understanding before embarking on your journey of possibly shooting for NetFlix – “Production and Post-Production Requirements v2.1 NetFlix”

Was a good scare, but for F5 owners I honestly wouldn’t be worried! Do remember there is a $14k upgrade to convert an F5 to the F55? :/

What are your thoughts? Will the PMW-F5 make the cut? Comment below!