Announced on September 9th, Sony has released version 7 firmware for the Sony PMW-F5 and PMW-F55 cameras.

Incase you haven’t heard about it yet the major features include Quick Menu Access capability from the outside facing panel, a new color space for Custom Mode, and new proxy options.

The quick menu allows menu access without the use of an external viewfinder or monitor, this is especially handy for those using the Sony OLED viewfinder because the diopter of the VF is permanently affixed and can not “flip-up” like on the LCD version. Hopefully the speed is also somewhat addressed as many users complain about slow menu scrolling through the traditional method.

Sony also added a new color space standard known as REC2020 to the Custom mode for baking into the XAVC file format when recording internally. The color space on paper at least seems to have a better triangular-axis alignment to S-Gamut3 (Sony’s new Color Space added last year) but hard to say if it will make any difference in terms of “look” or color renditions when recording with HyperGamma’s and stock MATRIX settings. 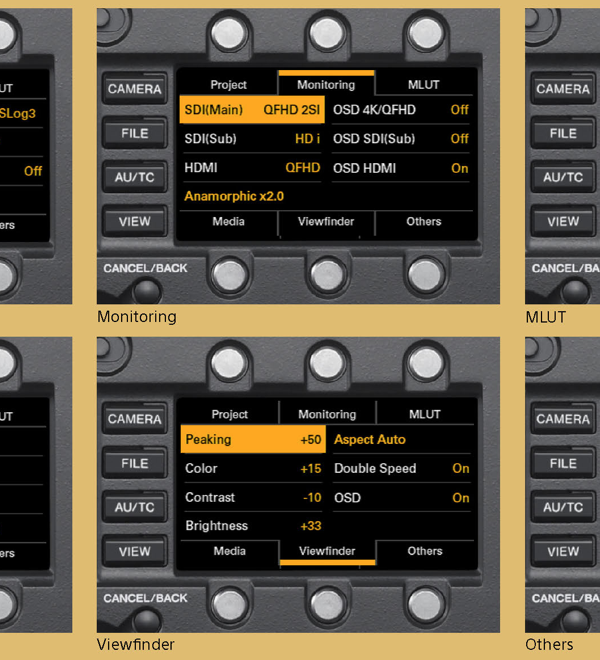 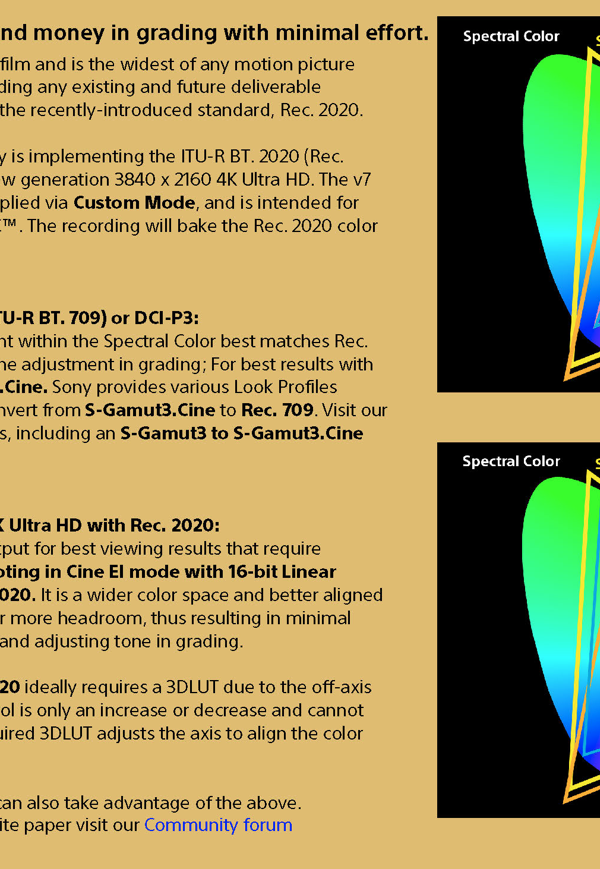