The title of this post really does says it all.

Back on December 26th 2013 Sony added the ability via firmware update to create USER LUTs (1D) and also 4 types of Sony Look Profile 3D LUT’s which could be selected in-camera for monitoring LUT selection. This has been a long overdue feature for the F55 since while shooting with slog gammas the image on VF or MONITOR would appear “white” or “washed out” due to the logarithmic characteristics of slog. (Check out the April blog entry for a great overview on all the various gammas available for the Sony F3, F5, and F55.

The ability to apply in-camera monitoring LUTs means that on-set you can record in slog2 gamma internally to media cards but apply the LUT on the viewfinder and/or SDI output port for external monitoring thus satisfying anyone who was viewing live feeds on-set. A true godsend for video village. One of the included Sony look profiles called LC-709TypeA (or LC-709A for short) simulated the color reproduction and look of the ARRI Alexa with REC709 LUT applied… and this is where things started to get interesting.

To demonstrate the incredible similarities between the skin tone reproduction between the ARRI Alexa and Sony F55, Sony released this color test video a couple weeks ago. No color grading has been performed and only the levels were matched.

Pretty impressive indeed! However read on — things got even better with firmware version 4.1 (released May 30th) when Sony made it possible to activate the MLUT for ‘MAIN & Internal Recording’. This made it possible to load your own 3D LUTs into the camera or use one of the camera built-in Sony look profiles and then “bake” the look right into the footage which can be extremely practical for fast turn around work and when there just isn’t enough time or budget to shoot in slog2/3 and go through post workflow of applying LUTs or color grading in post.

I had the chance to test “baking” in the look of the ARRI Alexa on the F55 a few days ago during a video shoot and not only did the image look absolutely amazing on the external monitor (impressing my client and client’s client) but because I had the LC-709A LUT applied on the monitor and internal signal, I knew it was WYSIWYG and I was able to quickly hand over the footage with confidence knowing what it was going to look like and not having to worry about grading it.

Below is a frame from my video shoot pulled out directly from the footage with only a small change made in post to the input black level to calibrate the pedestal. This was shot using slog3.cine.gamut, CineEI mode, 1250 ISO with LC709A applied directly to the 4K XAVC internal footage. How do you guys think it looks? 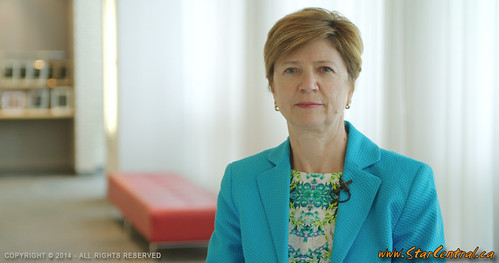 V3.0 December 2013: User LUT (1D) and 4 types of Sony Look Profiles 3D LUT are added for Monitor LUT selection. You can create User LUT by using RAW Viewer V2.1, and up to 6 User LUT can be stored on the internal memory via an SD card. Sony Look profiles provide easier starting point of color grading for TV workflow. For detail information, please refer to the document “Sony Look Profiles Summary”.

You can set Monitor LUT On/Off for SDI(Main)&Internal Rec, SDI(Sub)&HDMI, and Viewfinder independently.

V4.0 April 2014: User generated 3D LUT’s via RAW VIEWER and DaVinci Resolve as .cube files of either 17 or 33 latices are now supported for upload into the cameras.